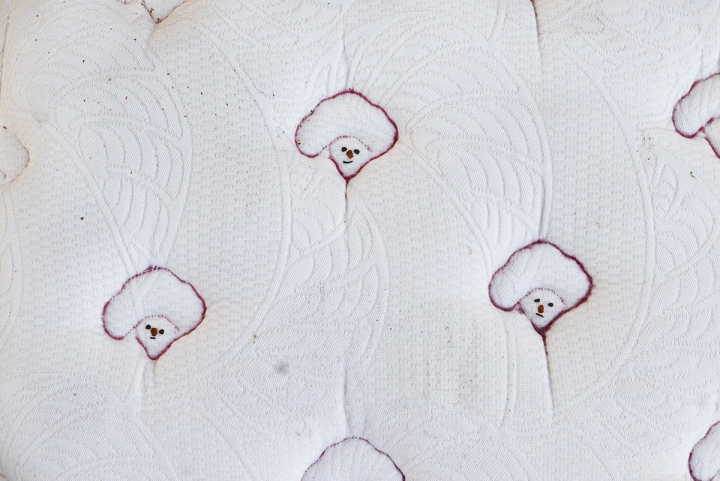 My public pronouns are she/her. My kid’s pronouns are they/them. I like that we now have gender neutral pronouns. As I’ve gotten used to using them, I find I’ve started to use them as the default choice. For example, I might inquire about a new pet I am meeting for the first time, What’s their name? Or if a friend tells me about someone new in their life I might say, Cool, what’s their deal? What are they like?

Because I have been involved in a lot of pronoun talk over the last few years, I just noticed a few days ago that I often refer to myself as we. My friend and I were driving to Runyon Canyon for a hike. Excited to get back into shape now that the weather is cooling down, we were conversing on the state of our at home work outs. She hadn’t done any yoga that week. I said: We haven’t either. One of us really wanted to this morning but another one didn’t. Guess who won?

I do this a lot but only became conscious of it in that moment. Unlike the larger pronoun conversation the world is having, this is not about my identity and I don’t wish for other people to refer to me this way. But it does make me reflect on why I do this.

Does anyone out there also use an inner we when talking to themselves?

16 thoughts on “Our Internal Pronouns Are We/Us”

Sidewalk Face 1162. Southern California Green Eyed Stick Viper. Though notoriously hard to spot due to highly effective camouflage, they are proliferating in my hiking area. This one serves as a kind of oracle. I ask him for advice and he telepathically lays down a little wisdom of the ages.
Sidewalk Face 1161. Lovers.
This is my third and last release of the year. It’s a little different than the last one. I am offering five different prints but at this time, only the first print of each edition, the 1/10.
Sidewalk Face 1160. The eyes and mouth area are pits in the pavements. Any time I come across two small round pits together I think “eyes!” and look around to see if something can be made there. Several very bad faces materialized before this nice looking fellow showed up. Swipe to see the original spot.
Sidewalk Face 1159. Runyon Canyon Trail Skull. What is he looking at?
Sidewalk Face 1000. On sale now. Click link in bio for information. Only six prints available at this time.
Loading Comments...