I wrote this blog post last October. Why haven’t I published it? I too would like to know! Call the Art Police Procrastination Division and get someone on the case.

On October 8th, 2015 Terry Gross interviewed Andrew Goldsworthy on NPR’s fresh air. I’ve been a fan of Goldsworthy since the early 1990s, saw the documentary about him called Rivers and Tides. He is an inspirational character. He goes into nature and uses what he finds there to make ephemeral sculptures. If you don’t know his work, here are a few examples: 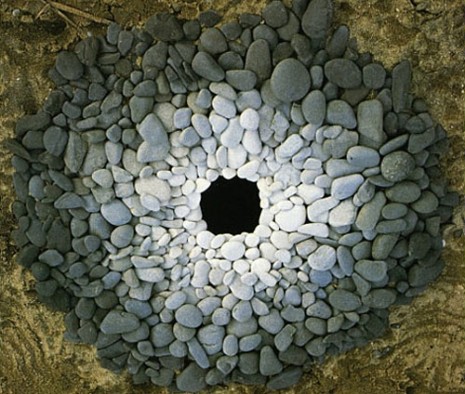 I was listening to the interview while dog walking, my main interaction with nature such as it is in my hollywood neighborhood and pondering how Goldsworthy’s pursuits are highly unusual. Most people can not hang about in nature all day crafting whatever comes into their heads. How many people are doing that on planet earth right now? It’s got to be a pretty small number right? Just economically he is the only person I know of to get paid for this kind of labor. So I was thinking about his activities and how pleasant it would be to do that for a bit. I don’t mean to make light of his effort or imply his experience is not strenuous and painstaking. I wasn’t imagining fully being him, just that I would enjoy a small taste of his process. In my current station in life it is rare that I am fully connected to space and time, reacting only to what is around me. Mostly I am interacting with the virtual world and juggling twenty things at once and suddenly it’s 2 months later. Very different. Anyway, dog walk over, didn’t hear the whole podcast, back to the grind.

The next day I was dog walking and saw this:

And for some reason that I think had to do with Andrew Goldsworthy, I thought I should try and turn it into a face.

Before I got home I had made four of them. I made another one on the 11th. I made eight on the 12th. Knowing I could and would put them on Instagram sealed the deal. Boom!  It exploded into a full blown obsession. I’ve made forty in 2 weeks.

So the process is this: I see something that I can use or seems like part of a face and then I start assembling. I look for needed material in the immediate vicinity. I have found and collected a few bottle caps that I stash in my purse and have used more than once but outside of that, all the objects are found on location, mostly within one to four feet of the face.

As an artist I have always liked reacting to something. I think that is why I am an editor. Editors react to footage. When I make art, I don’t visualize something first and then try to make it. I’ve tried but I don’t like the results and I don’t like the process. That’s a lose lose so why bother? I have to quickly make something I can react to. As soon as there is something, a line, a shape, a color, I can start to do more. The impulse just clicks in like a wheel on a rail. All art making is a reaction to something at some point in the process. This essay is a reaction to thinking about what I have been doing lately. When I film something, it’s a reaction to light, or composition or something interesting happening. For some people I imagine the reaction is in their imagination, an image comes to mind. The moment of reaction is the muse.

Making these ephemeral faces is so pleasurable just as I imagined when listening to the Goldsworthy interview. Being super focused and having the whole process constrained to that single drawn out moment is a relief, an escape from multitasking and endless computer interaction. I like having some of my creativity happen in the outside world.  The only problem is obsession. Can’t seem to stop.

Here are a few of my favorites:

As you may know if you follow me on Instagram I have not stopped and just posted Sidewalk Face 159, today April 10th, 2016.  Glad I wrote this when I did as so much has happened in the meantime. Perhaps I will write about what is happening now and post it next August!

You can see more by following me on Instagram at: